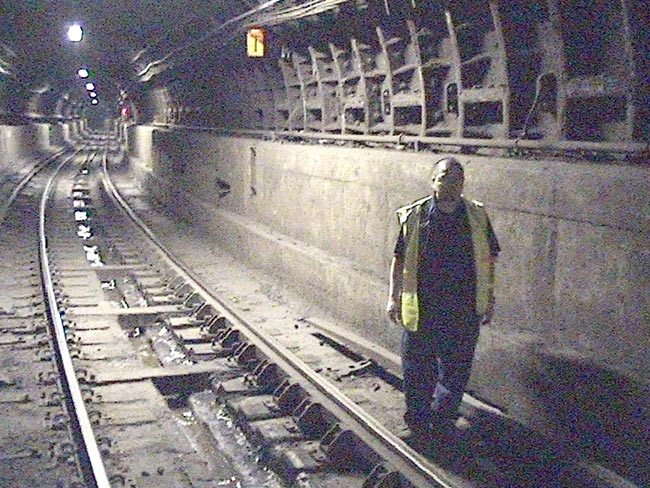 The client required underground surveying of an existing subway tunnel that was located in close proximity to a proposed storm water pump station facility. Using a modern robotic total station instrument with direct reflectorless distance measuring capability and a 3-D laser scanner, Taylor Wiseman & Taylor (TWT) performed an accurate, internal location survey of the entire inside diameter of the subway tunnel in the vicinity of the proposed facility.

Control traverse observations made inside the tunnel were referenced from high accuracy GPS control points, previously established by Taylor Wiseman & Taylor on the surface. All tunnel control points were observed multiple times in order to establish accurate horizontal and vertical positions. Using both the total station instrument and the 3-D laser scanner, TWT measured location of the inside walls of the tunnel and produced plans that illustrated the existing position of the subway tunnel for use by the facility design engineers.